On the night of June 2-3, 2015, two Dutch F-16s targeted an ISIS Vehicle-Borne Improvised Explosive Device (VBIED) factory in the city of Hawija, Iraq. The strike was carried out as part of Operation Inherent Resolve (OIR) and the larger US-led Coalition against ISIS. The airstrike caused a large secondary explosion which resulted in the destruction of a major share of the industrial neighborhood of Hawija and led to severe civilian harm.

For the case of Hawija, neither the Coalition against ISIS, nor the Dutch government has taken any steps to investigate and assess the impact of the airstrike in greater detail, or to speak with civilians themselves – victims and witnesses – to hear their accounts of the strike and its resulting civilian harm.

This report 'After the strike: Exposing the civilian harm effects of the 2015 Dutch airstrike on Hawija' addresses this gap. It is the product of a joint research by Al-Ghad League for Woman and Child Care, PAX and the Intimacies of Remote Warfare (IRW) project at Utrecht University. It informs on the human impact of the airstrike, primarily through interviews with 119 victims, supplemented with visual material, interviews with 40 key informants, 4 focus group discussions, field trips and secondary literature.

So far, reports and accounts of civilian harm have often applied a limited scope, focusing mostly on immediate impacts such as deaths, physical injuries, and property damage. As such, the reverberating civilian harm effects of military operations remain understudied: long-term and indirect effects are often forgotten or neglected. Therefore, this report makes a distinction between direct civilian harm effects like deaths, injuries, material damages and psychological trauma, and reverberating civilian harm effects, such as displacement, economic harm, and the impact of the strike on access to medical care and education. In addition, we show what the airstrike on Hawija means to the affected civilians: how this event figures in their collective interpretations of civilian harm and how these translate into particular claims and demands.

The report also includes recommendations for the Dutch government and other state and military actors.

Read the report below or view the recordings of our launch event in De Balie: The Effects of the Dutch airstrike on Hawija - De Balie. 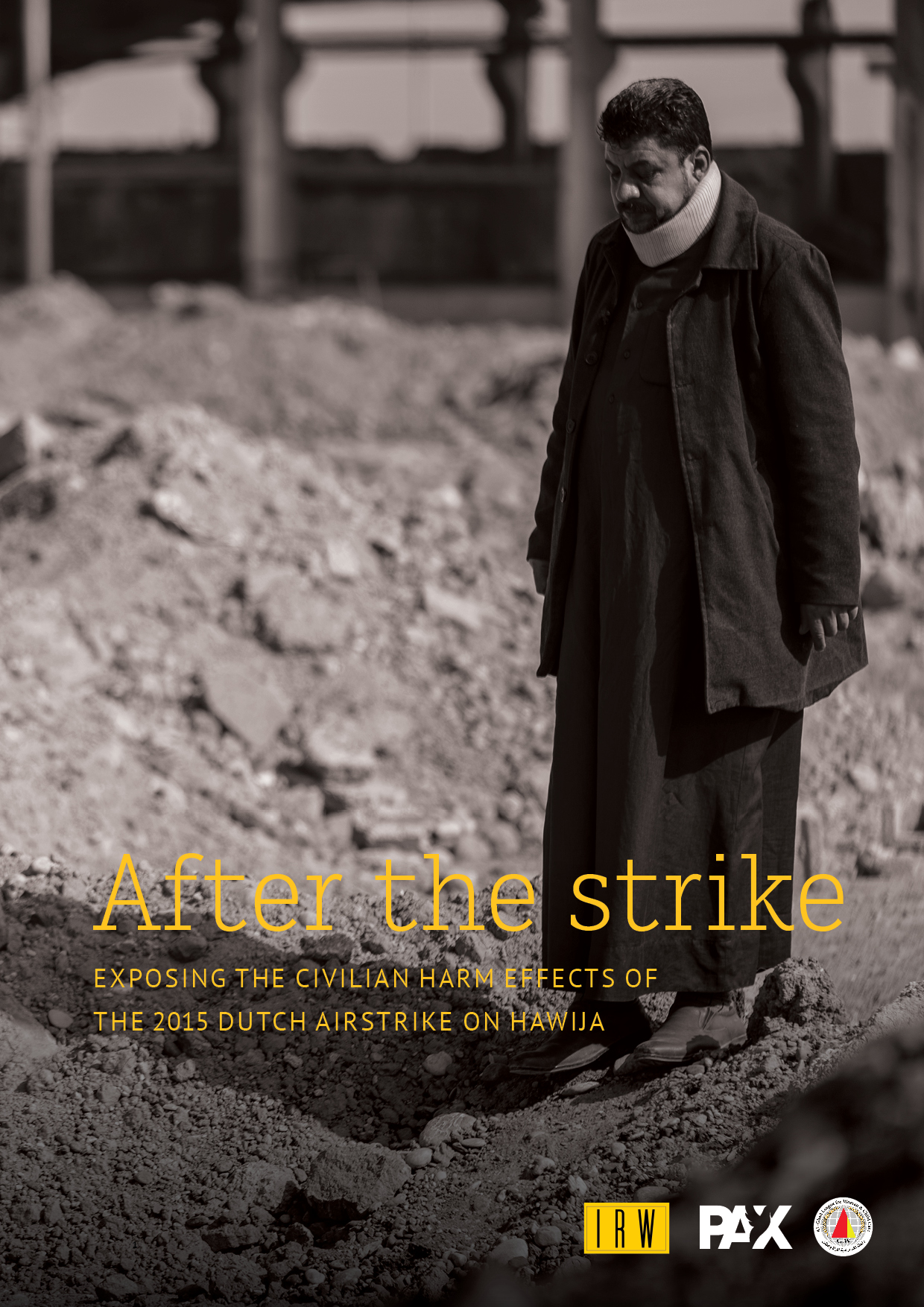