Adopted in 2016, NATO’s Protection of Civilians (PoC) Policy aims to set out a coherent, consistent, and integrated approach to PoC in NATO’s ongoing and future operations. This landmark Policy was an important step for the Alliance – but where does it stand five years later? To answer this question, there is a need to explore where the PoC policy came from, how it has been implemented thus far, and why it is important for the NATO’s future.


This report details, through personal accounts from stakeholders both inside and outside the formal NATO structure, the road to the policy, the impressive progress made in the first five years, and the work that still remains. This report does not aim to be an official history but rather an essential contribution to reinvigorating and revitalizing political support for further efforts to ensure that NATO can deliver all that is promised in the policy.

Assessing the considerable progress that NATO has made – and understanding that much work remains – is essential to maintain momentum and ensure that PoC remains a visible consideration for NATO 2030 and future operations.

About this publicationStrengthening NATO’s Ability to Protect is a research initiative of the Transforming Conflict and Governance Program at the Stimson Center. This project seeks to build bridges between NATO stakeholders and the expert community to act on the Alliance’s ambition to protect civilians in its operations around the world. To help NATO succeed, Stimson launched this project, in partnership with PAX and supported by the Dutch Ministry of Foreign Affairs, to cultivate and offer external expertise to NATO as well as assess the current levels of doctrine and guidance on PoC within NATO nations and partners. Emphasis is on solutions-focused research and building bridges across governments, academia, international organizations, and NGOs. In support of this project, Stimson is commissioning a series of papers authored by leading experts in their fields that considers protecting civilians and NATO’s future missions, capabilities, and approaches. The papers, published throughout 2021 and 2022, aim to engage NATO stakeholders as they consider NATO’s role in future conflict, support further implementation of the NATO Policy on the Protection of Civilians, and focus on NATO’s 2030 agenda and beyond.

This publication is part of the "Strengthening NATO’s Ability to Protect" project, a partnership with Stimson and PAX, supported by the Dutch Ministry of Foreign Affairs. 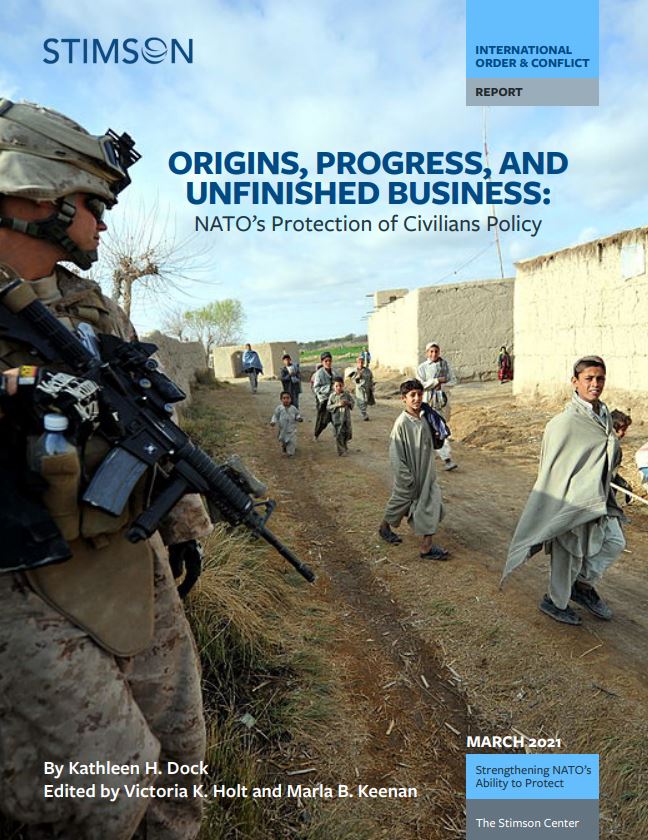