‘It is too much to kill three or four Al Shabaab’: Civilian perceptions on Al Shabaab and harm from US airstrikes in Jubbaland, Somalia

Somalia has been subject to US counterterror military operations since at least 2001, with the first public airstrikes having been carried out in 2007. While the country has not experienced an air campaign as intense as the ones in Iraq, Syria and Afghanistan, the presence and continuously looming threat of US airstrikes have nonetheless become a regular feature of life for many Somali civilians and a source of personal and communal harm. Besides a few high-profile instances, the strikes have not been treated as notable on the international stage. Consequently, their broader impact on Somalis has remained largely unexamined. This report seeks to fill this gap and studies the broader impact of US strikes in Jubbaland territory. The emphasis is on strikes carried out during the Trump administration when airstrikes were most frequent.

We further found that the effectiveness of the US military strategy is questioned by many of the people we interviewed. They argue that (1) many Al Shabaab members do not pose a threat to the United States as they were forcefully recruited or joined the group because of a perceived lack of other options rather than out of ideology and an intent to harm the US, and (2) that in Al-Shabaab controlled territory like Jubbaland, it is difficult to at all times properly distinguish between Al Shabaab combatants, Al Shabaab members with a non-combat function and civilians who merely happen to live under Al Shabaab governance and control. 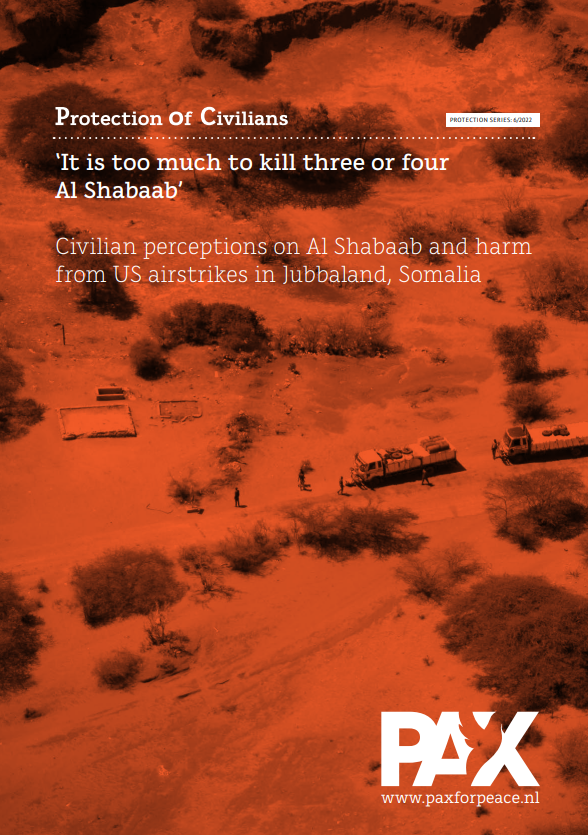 ‘It is too much to kill three or four Al Shabaab’: Civilian perceptions on Al Shabaab and harm from US airstrikes in Jubbaland, Somalia