Future urban conflict, technology and the protection of civilians

The traditional military approach assumes that urban areas should be avoided, bypassed, and entered only as a last resort, while recognizing that many of the major battles in history occurred in cities. More recent and realistic studies identify the urban environment as one that cannot be avoided, especially if the concept of military operations is expanded to include a multi-domain “conflict continuum” from cooperation through competition to crisis and conflict. The implications of an increasingly urbanized world for military operations, and consequently for the protection of civilians, are significant. Traditionally, the challenge for military forces is how to defeat threats embedded and diffused within the population, without causing catastrophic damage to civil society, destruction of critical urban infrastructure, and civilian casualties. Emerging and disruptive technologies, however, will exacerbate the threat to civilians and complicate the challenge for military forces to conduct operations. This challenge is particularly relevant in a NATO Article V type scenario involving peer-on-peer forces, including potentially massive destruction of infrastructure and subsequent risk to the civilian population.

This publication is part of the "Strengthening NATO’s Ability to Protect" project, a partnership with Stimson and PAX, supported by the Dutch Ministry of Foreign Affairs. 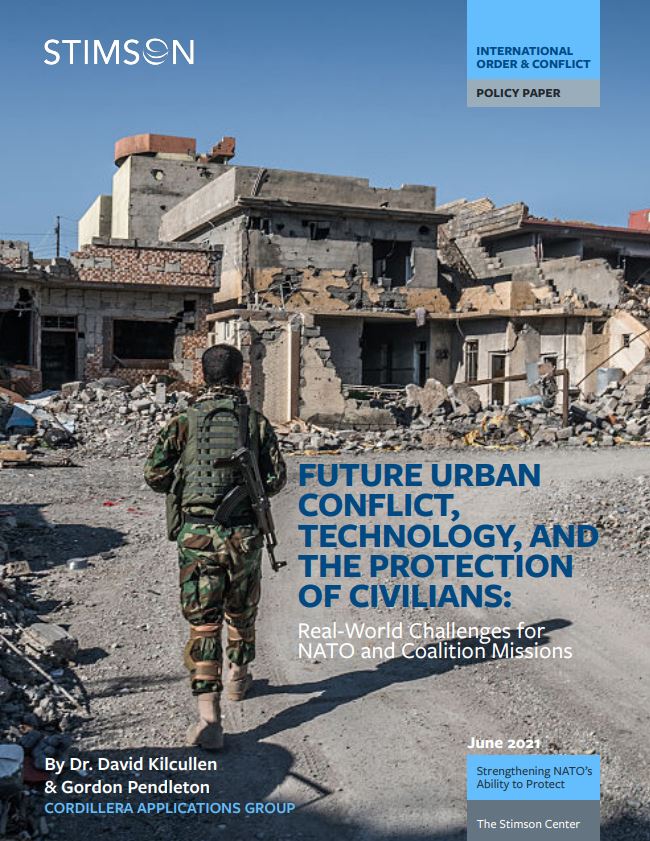 Future urban conflict, technology and the protection of civilians