This report concerns the nascent practice of security actor-implemented reporting
mechanisms: means and channels allowing civil society organizations and (affected)
civilians to directly report an allegation of civilian harm to the security actor they
deem responsible. For example through an online form, phoneline, or a physical office.

Currently, only a handful of security actors have implemented reporting mechanisms, but there are calls for its wider implementation. This makes it especially relevant to analyze current practice and identify shortcomings and strengths in order to inform future practice.

The report considers three case studies of currently existing reporting mechanisms: set up by the African Union Mission in Somalia (AMISOM),  the United States Africa Command (AFRICOM), and the United States Department of Defense (DoD). For each case we discuss the scope and type of the implemented reporting mechanisms, their merits, and their limitations as identified by subject matter experts drawn from relevant civil society and/or (former) mission staff. The report offers both general and case-specific recommendations.

Overall, PAX concludes that current reporting mechanisms fall short in three key respects: they are not designed to be used by civilians in conflict areas, they are not sufficiently promoted among their intended users, and they seem to contribute little to tracking and response efforts. 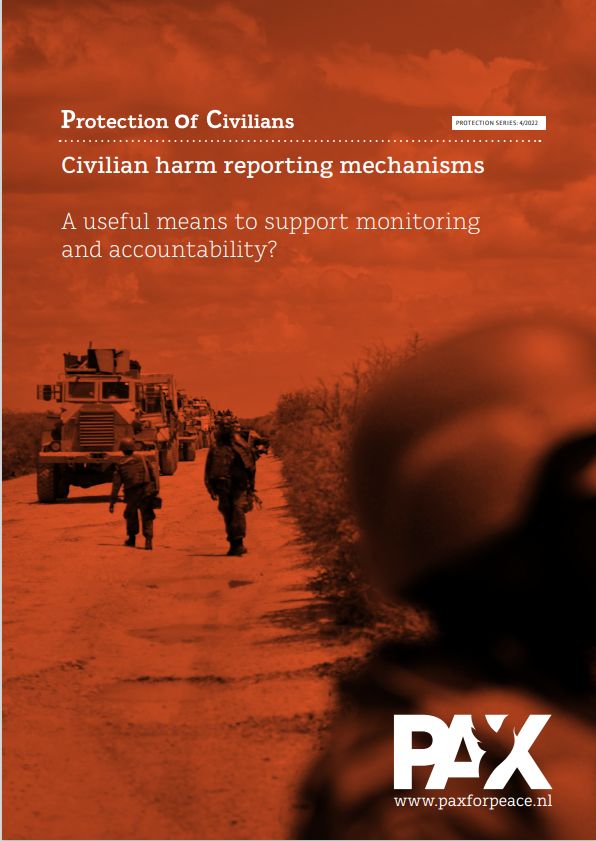