Despite major steps forward in the over twenty years since the passing of UN Security Council (UNSC) Resolutions 1265 and 1325, which established the protection of civilians (PoC) as a mandate in peacekeeping operations and the Women, Peace and Security Agenda, respectively, the lack of gender perspectives in peacekeeping training remains, thereby undermining overall Mission capacities, including on PoC. In an event marking the 20th anniversary of UNSC Resolution 1325 on the sidelines of the annual UNSC Open Debate on Women, Peace and Security (WPS) in October 2020, the Government of Rwanda, PAX, and the Stimson Center convened a panel of expert policy-makers and practitioners for a discussion on “Improving Gender-Sensitive Capacities for the Protection of Civilians in UN Peacekeeping Training.”

Beyond gender parity
Delivering the keynote address, Ms. Clare Hutchinson, the NATO Secretary-General’s Special Representative for Women, Peace, and Security, discussed how the organization’s peacekeeping work has been strengthened and reinforced through the implementation of the WPS Agenda. While NATO has made progress on achieving gender parity in its peacekeeping forces, and in high-level Defense positions at the Secretariat and among its allies, she noted that gender parity alone is not enough. She stressed that the peacekeeping community needs to hear directly from women because they are better situated to understand their protection needs, and those perspectives need to be reflected in all Mission functions.

Ms. Hutchinson explained that NATO’s understanding of security, protection, and peace, are more broadly conceptualized, which increases the expectation that actors and NATO personnel take prominent roles in combating the unique challenges women face in both explicit and subtly gendered ways.

Gender perspectives in a practical manner
Lieutenant Commander Marcia Andrade Braga of the Brazilian Navy, who served as a Military Gender Advisor in MINUSCA and was the recipient of the 2019 Gender Advocate Award for her work, provided an account of her experience in preparing and executing an action plan for the protection of women and girls in combat arenas. Through her plan, Lt. Comm. Braga aimed to improve peacekeeper’s awareness of how conflict affects women, men, girls, and boys differently, ensuring that Sector Headquarters retained a Gender Protection Advisor and conducted a training on how to employ gender perspectives in a practical manner while examining the specific vulnerabilities of women and girls.

Gender-sensitive and sexual violence-related training
Ms. Ruth Aluoch, Gender Affairs Officer at the UN Department of Peace Operations, noted that the importance of gender-sensitive training cannot be stressed enough. Gender-sensitive and sexual violence-related training for both men and women, she said, should inform future peacekeepers on how to best support and protect victims of gender-related violence, but also address cultural attitudes, stereotypes, and bystander awareness and intervention techniques. She suggested that gender-based language should be incorporated into peacekeeping mandates, as it would create clear expectations for the Mission’s command and set standards for peacekeepers to follow. As an example, Ms. Aluoch noted that status-of-forces or status-of-mission agreements (SOFA/SOMA) and standard operating procedures (SOPs) could provide frameworks that can be adapted to the mission at hand.

Strategic importance of WPS for PoC
As Senior Military Advisor at the Center of Civilians in Conflict, Lieutenant Colonel (Retired) Musa Salmanu, said it was key to illustrate the effectiveness of WPS programs to emphasize the strategic importance of PoC in mission activities. Reframing WPS and PoC requirements as mission enhancers that help towards the attainment of the overall military objective, he said, would help in his regard.

Lt. Col. Salmanu made it clear that male leaders must understand that ensuring the diversity of women at all levels would not only bring added capacity to attaining mission goals, but would promote their agency and empowerment as commanders and decision-makers overall.

Gender-sensitive trainings at all levels
Despite cautioning that gender-sensitivity training is discussed as a “magic bullet,” Dr. Georgina Holmes, Fellow at the University of Reading, urged for its inclusion at all levels. Implementing gender-sensitive trainings at the cadet level, and reinforcing it throughout the ranks, would facilitate a culture change as well as put learning into practice in day-to-day operations. In addition to integrating gender-sensitivity throughout all levels of training, Dr. Holmes recommended that it would also be beneficial to integrate it throughout all areas of training instead of treating it as a stand-alone component, which would help peacekeepers integrate, explore, and reinforce learned gender-theory.

According to Dr. Holmes, peacekeeping training also tends to be led by “old-school” military or intelligence officials and trainers with limited peacekeeping experience. She argued that such trainers’ limited peacekeeping-specific experience can negatively impact trainees’ understanding of their roles and impact with civilians, and further training to handle human terrain such as communal harm, responding to sexual violence in conflict, and confronting their own gender and racial biases. She recommended that this be addressed directly in training to develop good practices.

Key recommendations
The panel experts agreed that more must be done to normalize gender-sensitivities throughout peacekeeping training and culture, providing a robust set of recommendations borne out of their collective research and practical experience:

Another Iraqi peace activist killed, impunity for militias must end 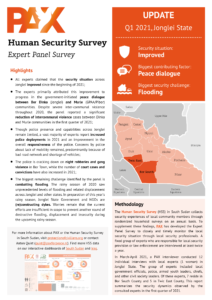 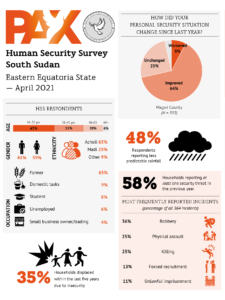