This month, a U.S. Department of Defense (DoD) team is expected to submit the Civilian Harm Mitigation and Response Action Plan (CHMRAP) to U.S. Secretary of Defense Lloyd Austin. The Secretary had mandated this action plan through a memo in January 2022. Together with other civil society organizations, PAX has provided recommendations to the review team, which can be found below.

Following a number of concerning media reports about U.S. responses to civilian harm and civil society calls for an urgent overhaul of U.S. civilian harm policies, Llyod Austin issued the memo to direct the CHMRAP to provide for the establishment of a Center of Excellence on Civilian Harm Mitigation and Response; the development of standardized processes for collecting and learning from civilian harm-related data; improvements in how the DoD responds to civilian harm - including through condolence payments and acknowledgement; and the incorporation of guidance for addressing civilian harm in future doctrine and operational plans.

A number of civil society organizations, including PAX, provided a series of concrete recommendations to the review team in order to inform the CHMRAP. The undersigned organizations expect the DoD to use this opportunity to finally overhaul U.S. PoC policies and to address longstanding, systemic concerns raised by civil society groups over the last two decades.

You can find our full recommendations here.

Further, the CHMRAP is intended to inform the completion of the long-awaited DoD Instruction on Minimizing and Responding to Civilian Harm in Military Operations. The DoD-I should be presented to the Secretary of Defense within 90 days of the CHMRAP's completion. Our expectations for the DoD-I can be found here. 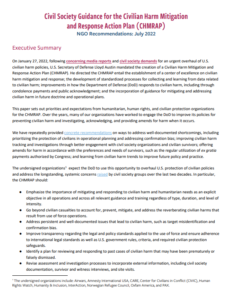 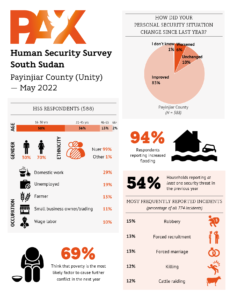 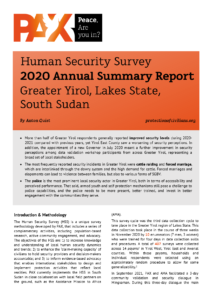